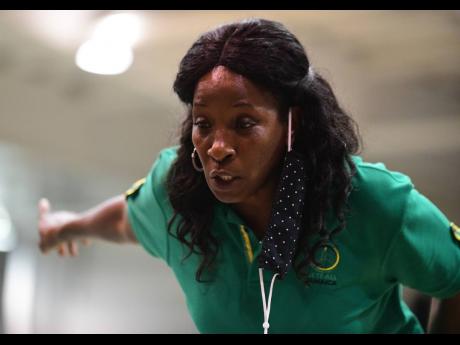 Connie Francis is contemplating walking away from coaching Jamaica's national netballers before the World Cup in South Africa next year, because of the mental pressures of the job.

Francis, who guided the netballers, dubbed Sunshine Girls, to their first major international final recently at the Commonwealth Games, admits to cracking under the overwhelming pressure.

She has a four-year contract which expires after the World Cup in August next year, but stated that she will take the next few weeks off to assess herself before deciding on her future status as the Sunshine Girls head coach.

"I do not know what will happen with me personally. There are other things outside of netball that fuels a person. When I reflect on what is happening, I just want to take some time off from netball and relax with friends and family and see where I go from here. I have some players I really enjoy coaching, but for now, I just need a break.

"People might think it is an easy job, but it comes with a lot of pressure and at times, I do crack under the pressure and ask myself if it is worth it," she told The Star.

"There is a lot of talk about mental issues, and I can tell you it is real in my world. A lot of times I am so down but my sister, Dawn Francis, she's the rock behind who I am, and she inspires me to be the best and do the things that I love; and I love netball.

"It comes down to the mental issues, and I don't think it would be fair of me to be unstable and coaching our national team. So it is about taking that break and just reassessing myself," she said.

Francis currently has a daughter attending college, and she wants to be around and in the best physical and mental state to watch her develop as a young woman.

She also holds an important supervisor role at Caribbean Products Limited (Seprod) and Francis said she misses her time there, with the environment stabilising her psychologically.

"When I am back (home), I will do some soul-searching and assess myself on what I want to do, or where I want to go after this," Francis said.