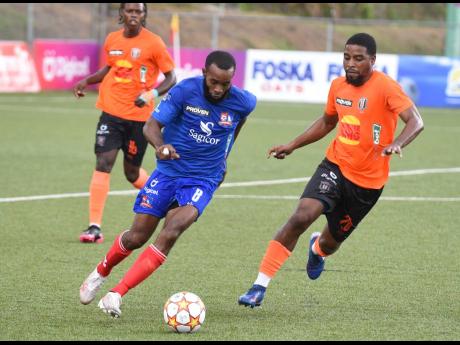 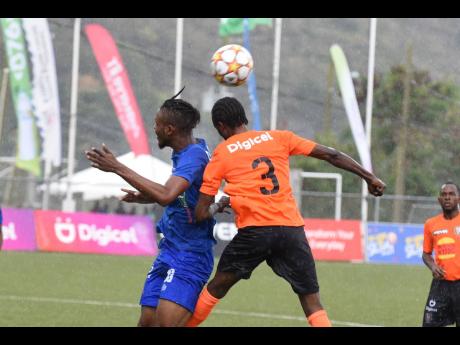 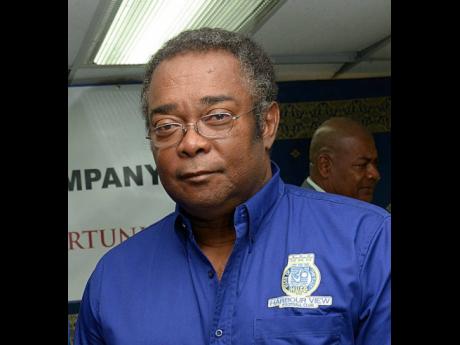 Dunbeholden's dream run in this year's Jamaica Premier League continued yesterday after their 1-0 victory over Tivoli Gardens at the UWI-JFF Captain Horace Burrell Centre of Excellence.

Substitute Atapharoy Bygrave netted the winning goal for Dunbeholden in the 75th minute.

The victory moved the St Catherine-based Dunbeholden from fourth to joint second with Waterhouse in the standings on 13 points after six matches in the competition.

However, Waterhouse have a plus nine goal difference to Dunbeholden's plus three. Yesterday's win was Dunbeholden's fourth in six matches. They have drawn one game (1-1) against leaders Mount Pleasant on February 13 and lost 4-1 to Waterhouse on January 30. Dunbeholden played with 10 men for the last five minutes of that game against Waterhouse and conceded two goals, the last coming in injury time.

Harold Thomas, the head coach of the Dunbeholden, said they are very happy with the season that they are having so far but they are not going to get carried away because there is still a long way to go in the competition.

"We have a good team but we still have a lot of things to work on," said Thomas. "Good teams can lose games also and so part of our thing going forward is to get better because we are going to come under tough situations and we might have to get an ugly win," he said.

"It was a tough game but we anticipated it so we are just happy for this victory," Thomas added.

Bygrave, who is the competition's leading scorer this season with five goals, scored the winner from the penalty spot after his teammate Deanandre Thomas was brought down inside the 18-yard box by goalkeeper Diego Haughton.

However, Tivoli only had themselves to blame for the defeat after they missed several easy opportunities to score in both halves of the game.

Tivoli's assistant coach Jermaine 'Teddy' Johnson said: "I think we played a good game, but we were very poor in front of goal and that cost us the match."

Tivoli are at the bottom of the 12-team standings on three points.

In the opening match of the double-header, striker Trayvone Reid in the 45th minute and midfielder Oshane Staple in the 85th minute scored the goals as Harbour View blanked Portmore United 2-0.

The victory was Harbour View's second of the season from six matches. The winners are sixth in the standings with eight points, while Portmore are in eighth spot with five points.