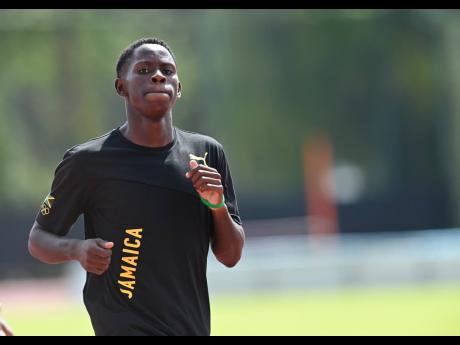 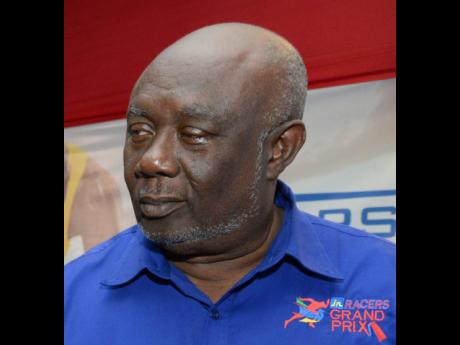 Veteran coach Glen Mills has described 20-year-old sprinter Oblique Seville as a fierce competitor and believes the youngster will perform well at the Tokyo 2020 Games in the 100 metres, despite a number of setbacks in his preparations.

Seville, who just two years ago was cutting down opponents in the Class One 100m final at the ISSA/GraceKennedy Boys and Girls' Athletics Championships, clocked a personal best 10.04 seconds to finish third at the National Senior Championships behind Tyquendo Tracey and Yohan Blake to secure a spot on his first national senior team.

"Oblique has given indication of what he is capable of by making the Olympic team at his first attempt of making a senior team on the international level," Mills told STAR Sports.

"He is a very tenacious youngster and his preparations going into the Olympics is fairly good, but it fell short of the targets that I set, but I am certain that he is going to go there and give the best performance of his life and I am very confident that whatever happens, he will do well," Mills added.

Mills, who has conditioned the likes of eight-time Olympic gold medal winner and world 100m and 200m record holder Usain Bolt, 2011 World 100m champion and the second fastest man in history, Yohan Blake, Olympic and World Championships medallist Warren Weir, among others, shared that he was excited by Seville's potential and while he declined to provide a name, admitted that the youngster does remind him in some ways, with others he has worked with in the past.

"I am not surprised that he made the team and I am not surprised by what he has done so far because my assessment of him is right in line with what he is doing and I am confident that he is capable of going further," Mills shared, before highlighting the young sprinter's mental fortitude and competitive drive as significant attributes.

"He is a very good competitor, he is focused and he competes very well, so I am confident that although this is his first Olympics, he won't be daunted by the occasion and I expect him to run very well and to give a capital performance," added Mills.

Still, Seville's road to Tokyo has not been without challenges with a stubborn toe injury affecting his progress this season.

"Oblique he did not finish his final year in high school, so he came to me pretty young and the transition from high school to the professional ranks is usually a very testing one and so far what we have been able to do, is work out a programme that will allow him the time to mature and develop in the process of becoming successful at the highest level.

So far, as in many cases, he has had a number of setbacks. In the very first year he got a hamstring injury and it wasn't very severe but we pulled him out of any further competition for the year to ensure that he was able to rehab and so on," Mills said. "Then with the pandemic, we lost several months during the lockdown, during the development stage and it has slowed us down, but in the case of young Oblique, I think he is very talented and he has the kind of speed that can take him very far up the ladder."

Mills has no doubt that the youngster will develop into a top-class sprinter but warned that patience is required.

"It's a matter of being patient and allowing his body to develop and for him to mature. I know we are not a very patient audience and that we like results and we want them immediately, but it doesn't always work that way. We have few exceptions were it may happen, but I think given time, Oblique will develop and come into his own," said Mills.