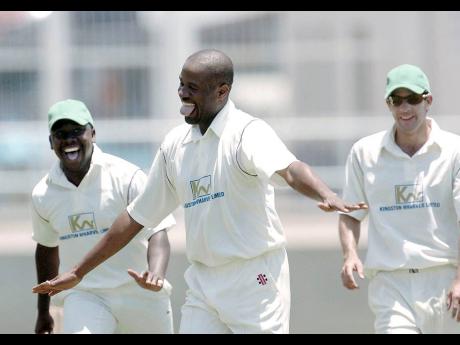 This year's competition began in May with 229 teams from 327 communities. The 13 parish winners and the three best losing finalists will advance to the national tournament where they will be placed into four groups of four and play on a round-robin basis.

Perry, who is now retired from the sport, represented Molynes United and Dunrobin.He told STAR Sports that the competition has helped to produce a lot of talented players, who have gone on to represent Jamaica and the West Indies over the years.

"I used to play SDC cricket and it fosters a lot of community involvement," said Perry. "A lot of youths that you might not see in a Senior Cup competition or in a Junior Cup structure, but in a community setting like this, they can showcase their talents and this is good for the development of our cricket."

"I think if you asked most of the guys who have gone on to play for Jamaica, they will tell you that they played in SDC cricket sometime in their careers," Perry said.

"If you asked Andre Russell, I am sure he will tell you that he played SDC T20 cricket, and also Tamar Lambert and Andre McCarthy, who have gone on to play for Jamaica. I am sure that they will also tell you that they have played in this competition before," he said.

Perry is also urging everyone to come out and support the competition because it is very exciting to watch.

"It is very popular and a lot of high-profile coverage and attention have been given to this competition and so I am sure that some future players are here to be seen," said Perry. "I think that you will see more players coming out of the SDC competition and going into the club structure and so this is good for the development of cricket."