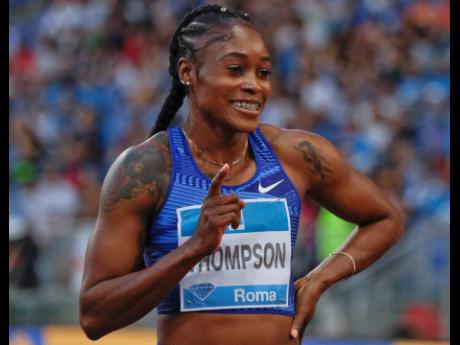 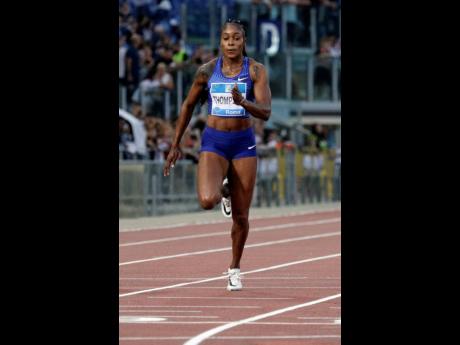 Jamaica's Elaine Thompson competes on her way to win the women's 100m event, at the Golden Gala Pietro Mennea track and field meeting, in Rome yesterday.
1
2

Olympic double sprint champion Elaine Thompson has signalled that she is back in form, this after she sped to a world-leading time of 10.89 seconds to win the women’s 100m at the Rome Diamond League meet yesterday.

Thompson’s time in the Olympic Stadium is her fastest since 2017. Great Britain’s Dina Asher-Smith was second in 10.94 seconds, and third went to the American Aleia Hobbs in 11.12 seconds.

Thompson said she was very happy with the time and she is now looking forward to the National Trials later this month.

“I am excited getting back in the shape that I want,” said Thompson after yesterday’s race. “I started the season not like myself but I said to myself the season is long and you are strong,” she said.

“With couple weeks to our National Trials, I think I am in the shape I am supposed to be now. So it’s back to work to refocus and more preparation leading to the World Championships.”

Janieve Russell could only manage fifth in the women’s 400m hurdles in 55.42 seconds. The event was won by Olympic champion Dalilah Muhammad of the USA in 53.67 seconds.

Despite a season best mark of 20.93m, O’Dayne Richards could only manage sixth in the men’s shot put. Poland’s Konrad Kukowieczki won the event with a mark of 21.97m.