Bailey set for debut against US 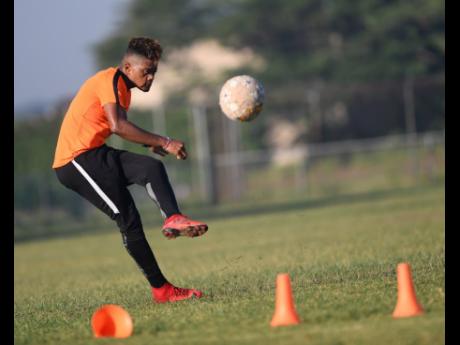 Jamaican winger Leon Bailey is set to make his debut of the Reggae Boyz when they tackle the United States of America (USA) in a friendly international game on June 5 in Washington DC.

The match forms part of the Reggae Boyz preparations for the Concacaf Gold Cup tournament, which is set to begin on June 15.

STAR Sports has been reliably informed that the 21-year-old has been named in the Reggae Boyz 23-man squad by head coach Theodore Whitmore.

Bailey, who plies his trade for German Bundesliga side Bayer Leverkusen, had accepted an invitation for the Concacaf Nations League game against Bonaire last October, but had a last-minute change of heart.

He said in October last year that he changed his mind after a meeting with the Jamaica Football Federation (JFF). According to him, the JFF went back on their word after previously agreeing to certain terms for him to play. The sticking point concerned Bailey's brother, Kyle Butler.

However, Bailey along with his father Craig Butler, who is the founder of the Phoenix Academy, has since had a change of heart and they have decided that the youngster will accept an invitation to the national team.

The Reggae Boyz are drawn in Group C for the tournament with Curacao, Honduras and El Salvador and will begin their journey in Jamaica on June 17 when they face Honduras at the National Stadium.

The match against the USA marks the 26th meeting between the teams and while the US hold a 15-2-8 lead head to head against the Reggae Boyz.

The Jamaicans will be seeking their third consecutive trip to the final of the Gold Cup. They advanced to the tournament through their participation in the inaugural Concacaf Nations League qualifying tournament.

Meanwhile, the US will begin their quest for a record-tying seventh confederation title when they face Guyana, Trinidad and Tobago, and Panama in Group D.