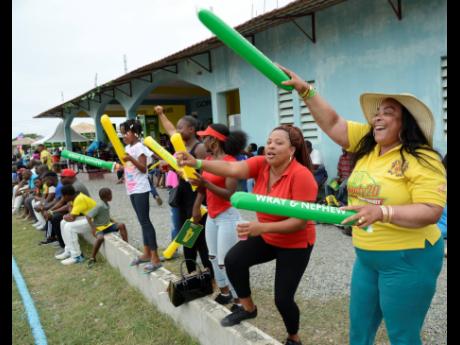 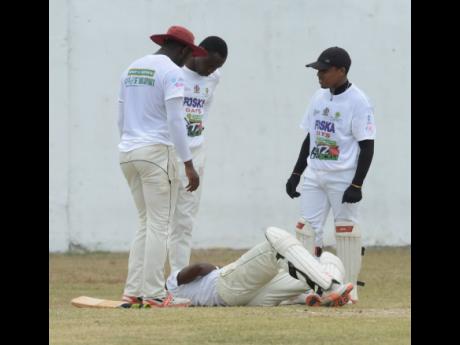 A batsman from Heartease suffered a nasty blow from a fast bowler from Johnson Mountain in the SDC Community Cricket competition yesterday. 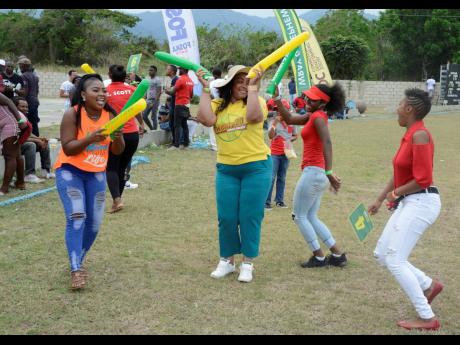 Johnson Mountain supporters celebrate on the pitch at the Goodyear Oval yesterday after their team claimed victory over Heartease in the SDC Community Cricket competition. 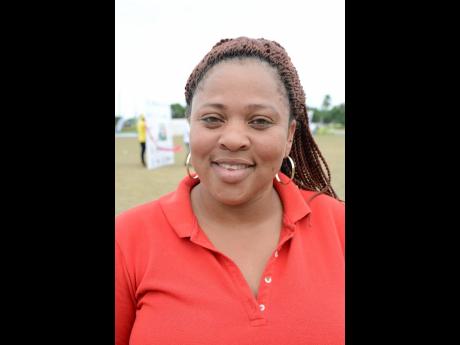 Johnson Mountain supporters erupted in celebration at the Goodyear Oval in St Thomas yesterday after their community recorded a five-wicket victory over Heartease in their group match of the Social Development Commission (SDC) Wray & Nephew National Community T20 Cricket Competition.

The Johnson Mountain supporters, led my manager Kareen Scott, ran on to the field in celebration after the winning run was scored in the penultimate over of the inning.

Scott, whose team is the defending parish champions, said she is very confident that they will retain their title this year.

"We did very well today because we did our best and I am proud of my boys and they know that they have the support of the community every time they step out on to the field," said Scott.

"We were the parish champions last year and we intend to do our best to ensure that we retain our title this year and so we are going to do all that we can to protect our title."

She continued: "The support for the team has been awesome because we have a lot of persons from the community especially females here supporting the team. They are all very happy that we won this match."

"I think that we have a very good chance of winning the all-island championships because we have learned from our mistake last year and my boys are very focused and they are determined to take home the title this year," said Scott.

Simsha Scott, another Johnson Mountain female supporter, said she is very delighted for victory." We are feeling really good because this win means a lot to us because the game was close and so I am glad that we won," said Scott. As you can see, there are a lot of female supporters out there cheering on the team and also happy that we have won too," she said.

Batting first, Heartease made 178 for eight off their 20 over with former national Under-19 player Jowayne Robinson topscoring with 46. In reply, Johnson Mountain made 179 for five of 19 overs. Gavaska Malachi topscored for Johnson Mountain with 58.