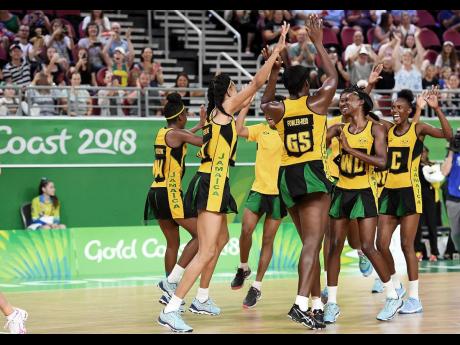 Members of Jamaica’s Sunshine Girls team react after a win at the Commonwealth Games in Gold Coast, Australia, where they won the bronze medal in April 2018. 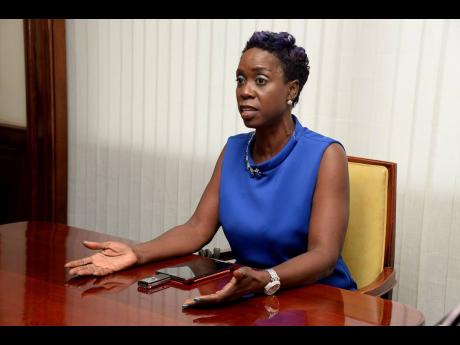 Having finished fourth at the last Netball World Cup four years ago, Dr Paula Daley-Morris, president of Netball Jamaica, said she is very confident that the Sunshine Girls team will do much better at this year's tournament. The championships will be held in Liverpool, England from July 12-21.

The Sunshine Girls, who are ranked third in the world behind world champions and top ranked Australia, and New Zealand, will enter the championships on a high having captured the bronze medal at last year's Commonwealth Games.

The Jamaicans barely missed out on place in the final of the Commonwealth Games, after they were edged out 56-55 by rivals England in their semi-final contest.

Daley-Morris said they have selected a very strong team for the championships because it is balanced.

"The selectors have put into the squad, the best talent that we currently have, that could play for Jamaica in the World Cup," she said.

"I know that they are determined to do well and they are really ready to go out and represent their country."

She said that the Sunshine Girls will be taking a cautious approach to this year's tournament to ensure that they get things right in all departments.

"We have to take it one step at a time because, as you know, we lost that game by one to England in the semi-final of the Commonwealth Games and perhaps we got a little bit anxious in the crucial stages," Daley-Morris said.

"It is still going to be challenging and it is going to be about the team that remains calm and execute right to the end of the game," she said.

"We also have to be aware that things can go wrong, but we want it to go right, so the coaches are going to do everything to ensure everything goes right."