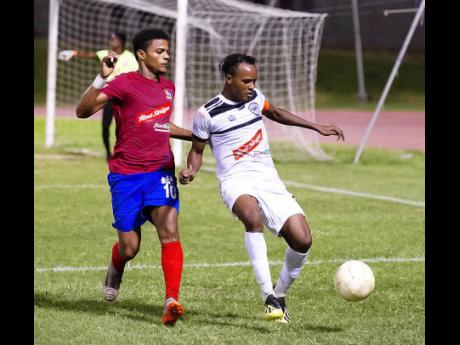 Rudolph Speid, technical director of Cavalier, said the lengthy season has taken its toll on his cadre of young players, which have resulted in their poor showing in the third round of the Red Stripe Premier League.

Cavalier, who led the competition after an excellent showing in the second round, are now fourth in the standings on 50 points.

Defending champions Portmore United are the front-runners on 59 points.

In fact, Cavalier, who are the youngest team in the competition with an average age of 21, have not won in their last three matches.

However, Speid said he is still very hopeful that they will do well in their last three matches so that they can move further up the table.

"There is a possibility that we can still finish second or third in the standings and so we are aiming to finish the round on a high note," said Speid.

"We haven't been doing so well in the third round and so we want to see if we can improve our performances in these last three games.

Cavalier made it to the semi- finals of last year's competition and Speid said they are aiming to go much further this year.

"We got a taste of it last year and we were able to reach the semi-finals and I think the players were a bit satisfied reaching that far, but this year we are hoping to push past last year's achievements," Speid said.

"This team is a little bit better and the players are little bit more mature and so I am confident that they can do it," he said.