Tivoli fighting to the end for RSPL play-off spot 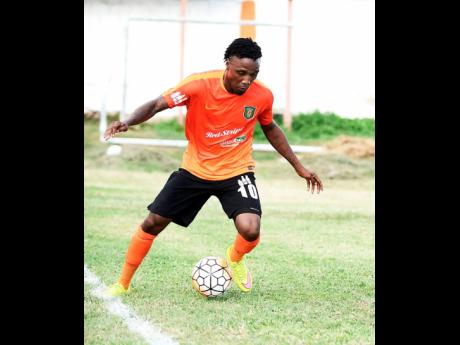 Tivoli Gardens FC midfielder Jermaine ‘Teddy’ Johnson says they will be fighting all the way to the last game as they look to secure a spot in the play-offs of the Red Stripe Premier League (RSPL) competition.

Tivoli are currently seventh in the standings on 35 points four behind sixth-place UWI FC with five games remaining in the competition.

In fact, the west Kingston-based team has failed to record a victory in their last four matches. They were beaten 2-1 in their last game by Mount Pleasant.

“We just need to go out there and play good football and ensure that we get the required results to get us into the play-offs,” he said.

“We still have 15 points to play for and we need all of them to get into the play-offs. We have the players to do it, but we just need to keep focused and follow the coach’s instructions and once we do this then we should be okay,” said the veteran player, who has netted two goals this season.

Johnson added that he is very disappointed with the form of his team, but they are determined to continue to fight right through to the end.

“Sometimes we play good football and sometimes it is not the best, but we just need to believe in ourselves and keep the fight and we need the fans as well to back us,” he said.

“I have been in this situation before. When I was in England, there was one season while I was at League One team Sheffield Wednesday where we were very close to going to the championships but we fell down midway the season. But we fought to the last game of the season and we made it,” said the former national player.

Tivoli made it to the quarter-finals of last season’s competition.