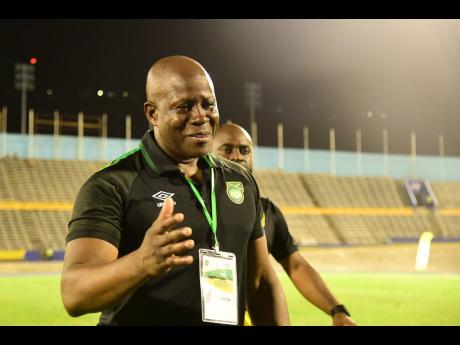 A source close to the JFF told STAR Sports yesterday that the federation is pushing for a final agreement this month. After an agreement is reached, Hall will be given the job on a full-time basis.

When contacted yesterday, Rudolph Speid, the chairman of the JFF's technical committee, said he would not be commenting on the matter.

Hall will not be in charge of the Reggae Boyz when the team travels to Austria for a mini football tournament, from August 20 to 26.

STAR Sports sought a comment from Hall and JFF President Michael Ricketts, but calls to both men went unanswered.

This month's tournament, which includes Morocco, Qatar and Ghana, takes place outside the regular FIFA international window and at the start of the 2022-23 English football season. Hall, who has club commitments in England, will therefore not be available for the tournament.

Hall, 49, was a member of Jamaica's team that qualified for the FIFA World Cup in France 1998 and previously served as assistant coach to former Reggae Boyz head coach Theodore Whitmore.

He was appointed on an interim basis last December after Whitmore's dismissal. He led the Reggae Boyz to a 3-1 win Nations League win over Suriname on June 7, then a 1-1 draw at home with Mexico on June 14.

The Reggae Boyz will play Mexico in their return leg of the Nations League on March 23, 2023.