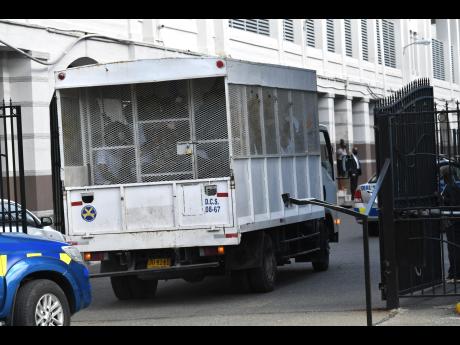 Alleged gang leader Andre 'Blackman' Bryan has professed his innocence at the Clansman-One Don Gang trial in the Home Circuit Court this afternoon.

Bryan gave an unsworn statement from the prisoner's dock after presiding judge Chief Justice Bryan Sykes ruled that he has a case to answer.

Sykes ruled that he and others have cases to answer in relation to five murders.

The homicides include two double murders, one of which involved arson.

Bryan and his co-accused are also to answer a charge of being a part of a criminal organisation.

In his an unsworn statement, he said that he is not a part of any gang and has never given any order for anyone to be killed.

He also said that he did not do the things that he is being accused of.