More students getting high in school 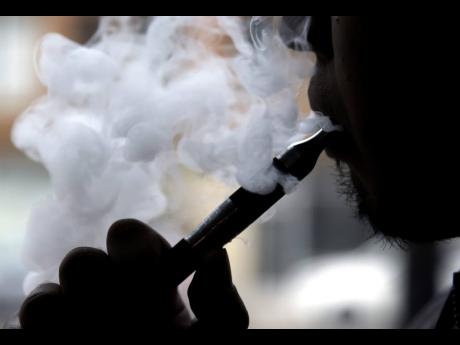 National coordinator of the Jamaica Constabulary Force's National Safe Schools Unit Inspector Tanecia Johnson says that the increased use of drugs by students is a serious cause for concern among the 174 school resource officers that she currently supervises.

Johnson listed vaping and the use of molly as worrying new trends that have made their way into the nation's schools.

Vaping has become one of the more popular ways to consume both tobacco and marijuana. According to Johnson, students are coming up with creative ways to smuggle the products on to school compounds.

"Some of them use a spray tin and the smell that comes from it is so sweet that you could easily pass it for cologne," she said.

Two principals of Corporate Area high schools made similar comments. One of the headmasters said that in addition to vaping, some students are taking 'molly', an exotic drug used mostly for psychoactive purposes.

"It was just the other day we had to convene a meeting with several parents because we have observed what the students are saying to be a 'cool trend'," the principal told THE WEEKEND STAR.

Johnson also expressed concern about the reports of violence coming from the nation's schools and charged that many delinquent parents have used the challenges associated with the pandemic as an excuse for their inaction.

"With all the violence going on, there are so many parents still not interested in the well-being of their children, no matter how the schools call them. They need to face reality and stop hiding behind the COVID excuse. They are failing consistently," she said. Though the issue of violence in schools is not new, Johnson said that the situation has taken on a different phenomenon with greater influences coming from events in the children's communities.

"The community gangsters, they continue to recruit and slowly but surely it will be a push-back that will pose serious challenges. We are seeing children as early as 10, 11 and 12 years old being exposed to criminal influences. It is a challenge for us because although we have access to the children when they are at school, when they go back to their communities it goes back to square one. We have all the programmes in place. We go out and we do them but when they go back to their communities, they go back to the socialisation. It is always a back and forth," she said. Johnson noted that in conversations with the children, up to 90 per cent said they have no father. Johnson appealed to parents and extended family members to play their part.