Teen murdered metres from his gate 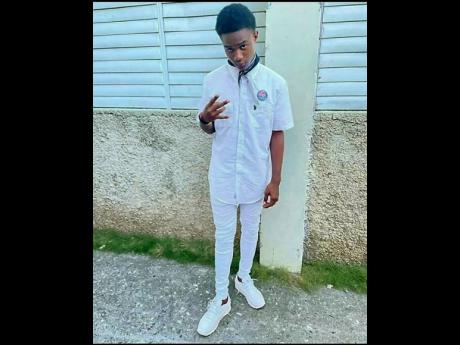 The murder of 17-year-old Rohan Murray in Southside, Central Kingston, has led to renewed calls from residents for a zone of special operations (ZOSO) to be established in the tough inner-city community.

"Wi need a ZOSO because this cannot continue like this ... everybody fraid, and di pickney dem no safe. Kemar (Murray's nickname) is an innocent likkle boy who no involved inna badness fi dem do him so," lamented one resident. Reports are that about 7 p.m. on Wednesday, Murray was killed shortly after he had gone to purchase butter at a nearby corner shop in his community. His mother, Sharna Lee, described him as a 'jovial and humble youth', who was very keen on furthering his education.

Murray was in his final year at Denham Town High School and had planned to submit his school-based assessment papers yesterday. But he was cut down by criminal elements a few feet from his gate.

"Him no inna nothing. A just girl and party Kemar focus pon," said Lee, who told THE WEEKEND STAR that a friend phoned her with the terrible news.

"Mi a work when mi get the phone call say him leave the house fi go buy something fi eat and bwoy see him and run him dung and start shoot him up," Lee added.

The mother of three said that she shared a very close relationship with her son.

"He is a jovial person, kind, and him hardly talk. Mi and him did very good, him never yet disrespect me and wi always run joke like brothers and sisters. Sometimes him bring him phone and have mi a text him girlfriend dem. Him no bad somebody, if yuh walk round di people dem will tell yuh. Yuh no affi ina nothing fi dead round yah so right now," she said.

A bitter feud between the rival Darkside and Genasyde gangs has held residents at hostage. More than three dozen citizens have been killed by the gun and there are persistent reports of shootings. Deputy Superintendent Linval Phoenix, who heads crime operations within the division, said that the police have not determined a motive behind Wednesday's shooting but are working several leads.