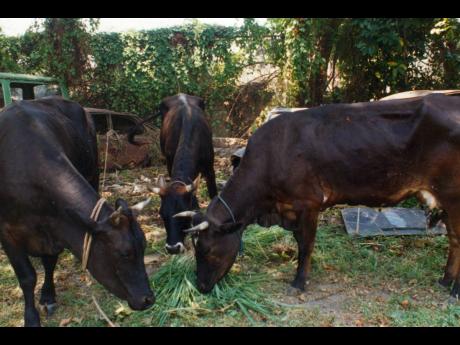 A Kingston man who stole a music mixer to buy animals was yesterday remanded for sentencing when he appeared in the Kingston and St Andrew Parish Court.

Andre Buchanan pleaded guilty to simple larceny before Senior Parish Judge Lori-Ann Cole-Montague. The court heard that on September 29, Buchanan stole a music mixer, items of clothing and liquor from the complainant. Buchanan told Cole-Montague that he wanted to start a new life.

"Me want kick-start life so me take the it [the money from selling the items] to buy some cow and goat a country," Buchanan told the judge. It was reported that he made $50,000 from the sale. A remorseful Buchanan told the court that he would be willing to repay the sum but was hoping for bail. Cole-Montague asked how he planned to repay.

"You seem to be a runner to me and by that, I mean this is an incident that happened in the Corporate Area and them find you in St Ann and there seems to be a difficulty tying you to a particular address. So even if I were to consider even putting you on bail, where would I find you?" she asked.

"You can find me same place in St Ann. I'm not going to hide, I won't run," Buchanan replied. He told the judge that he only has support from his child's mother, who also lives in St Ann. He said that his parents died when he was two years old and he grew up in various boys' homes and places of safety.

Cole-Montague urged the police to get in contact with his child's mother but until then, he would remain in custody. She told Buchanan that because of his honesty, he will be given a sentence discount and as part of his sentence, he will be ordered to make restitution. Buchanan is to return to court on November 11.