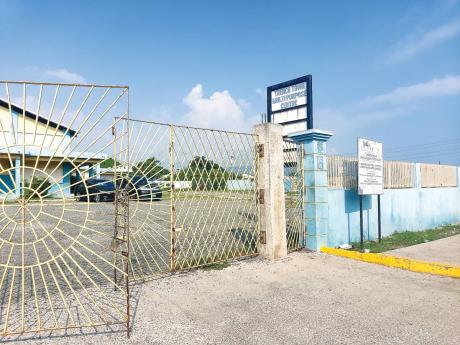 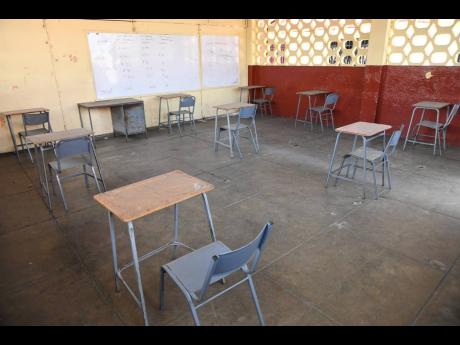 Jane* cuts a picture of frustration as she spoke with THE STAR in her inner-city community of Trench Town, St Andrew, yesterday.

Her 13-year-old son is among the countless youngsters who have been left behind since the COVID-19 pandemic arrived on Jamaica's shores last March.

"From him tek exams and pass fi go high school last year, him nuh go online fi do no schoolwork," said the frustrated mother of four.

Face-to-face learning was suspended in March 2020 when the first case of COVID-19 was confirmed in the island. A phased reintroduction of face-to-face lessons began in November 2020, but it was halted in late February 2021 following the second wave of COVID-19.

"Wid dis no school business mi fraid mi pickney end up dunce and cyah come back. Andrew and him government really need fi do something fast," she said.

Another resident, Tyrell, is worried about his 14-year-old brother who he said has not been in school since March 2020. He fears that his brother, along with the other children who gather idly during what should be class time, may suffer tremendous learning loss as a result of the suspension of face-to-face learning.

"Wah go happen if this continue into next year and the following year? My brother start high school last year and mi never see him inna class one day yet," Tyrell said.

Last week, Lisa Hanna, the member of parliament for St Ann South East, suggested that the Government find a way to take the classrooms to students until face-to-face are resumed.

Yesterday, as hundreds, if not thousands of Jamaican students settled into face-to-face school for a second month since the resumption of the school term, many students in the public school system remained disengaged. In Trench Town, for instance, school-aged children were seen roaming aimlessly along the streets instead of being in online classes.

Like Hanna, Tyrell believes ways will have to be found to take the classrooms to children to give them some face-to-face interaction. He said that the cases of the teen boys being out of school is just a snapshot of a depressing national movie. He believes that the community's library and resource centre can be used to accommodate small numbers of children.

As of Sunday, the Ministry of Health and Wellness has reported 86, 384 confirmed COVID-19 cases with 2,025 fatalities. A staggering 25 deaths were recorded on Sunday.