Youth who cried for a job is now a chicken farmer 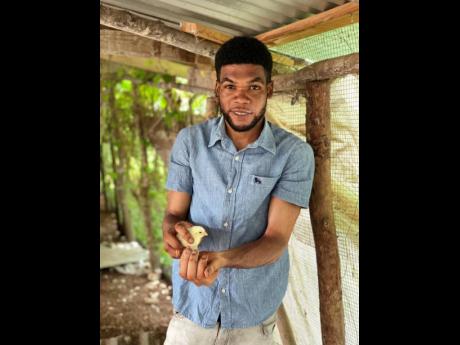 Michael Reid holds one of the 100 chicks he bought last week from funds donated to him. 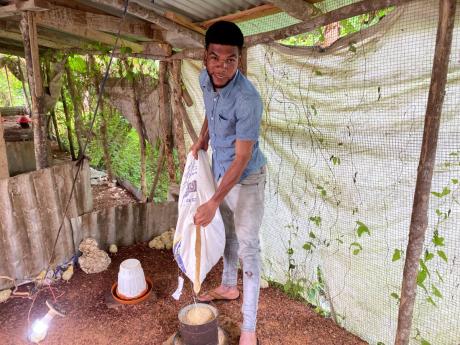 Michael Reid pouring some of the feed for the chicks he is now rearing in St James. 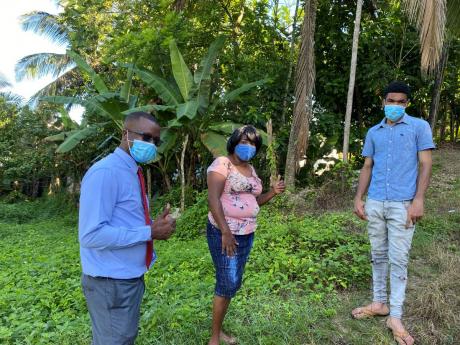 Michael Reid (right) standing beside his mentor, Allan Green (left) and landlord, Gloria Kerr at his home in St James.
1
2
3

Michael Reid, the 21-year-old youth from St James who cried on video asking for help after losing his job, has been able to start poultry farming.

After the video went viral, Reid said numerous persons, especially from overseas, have reached out to him and offered help, and for that he is very grateful. Reid said that he was at his breaking point when he posted the video on his WhatsApp status. He had a job at a delivery company but his motorcycle started to smoke and caught fire.

He said "I was like 'What is this?' So I called the boss and they came for the bike and they told me to stay home for a couple days before anything happen ... I didn't have any fare to come back home, and I was like 'What is happening? Why every work I get there is some issue?'"

Reid explained prior to that, that he got a job with a call centre but it had technical issues, and he was asked to sit out for a while.

"I really got frustrated and I'm like 'Come on, rent soon due fi pay. Weh mi ago do? Mi naav no money? Mi nuh want fi a come tell di landlord seh mi nuh have no money'. So I got frustrated. It was like I was on the verge of giving up," he said. But his landlord, Gloria Kerr, saw the video and decided to send it to the faith-based groups in her WhatsApp contacts.

"I take him in as my son... I'm always guiding him, talking to him about any problems he has. He comes to me and we sit and we talk. He's a good behaving young man and I'm a person who I like people who have manners and respect," Kerr said. "I sent it (the video) to my friends, my prayer groups and my pastor friends dem for him to get prayer. The morning when I saw the video, tears came to my eyes because I know his struggle."

Kerr, who is also a poultry farmer, also encouraged Reid to go into the business, which he started with his first set of donations. She also gave him a part of her coop to occupy.

Reid's new mentor, Allan Green, who is a a first elder of Iron Shore Seventh-day Adventist Church, said he will see to it that Reid makes full use of the donations.

"He has gone through a phase and definitely we are trying to see if we can see how best we can put him back on the main stream," Green said. "As it relates to money coming in, we are trying to see how we can set up a system in place, probably a GoFundMe with the bank, so that everything is very much centralised and managed because we want to ensure that every penny that this young man receives, we can give account for it."

Green said that Northern Caribbean University has offered to assist Reid with his entrepreneurial interests, and raised the possibility of him getting enrolled into one of the programmes. With the donations, Reid has bought 100 chicks, a freezer, a television and a blender.

"You guys have saved me from the prison, from death, and I really appreciate it very very much," Reid said. "I want to say a big thank you to the world at large, whether for the prayers, financial [help], everything! It's really appreciated!"