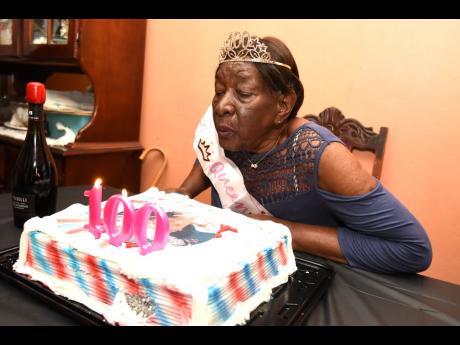 Pearson blows out the candles on her cake. 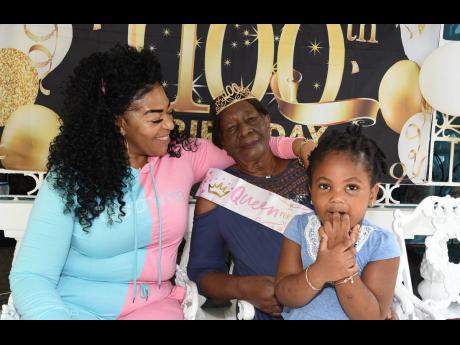 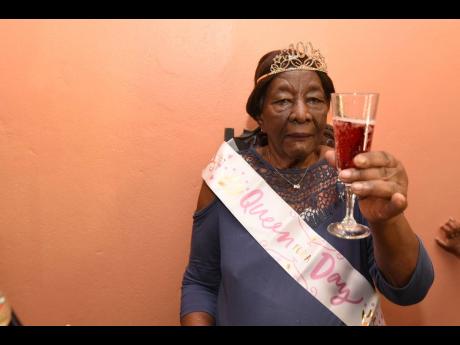 Cheers to 100 years! Centenarian Mercella Pearson celebrates her birthday with loved ones at her home in St Catherine. 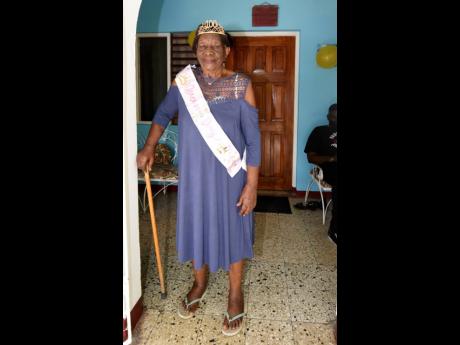 Other than poor circulation in her feet, Pearson said she is in fine health. 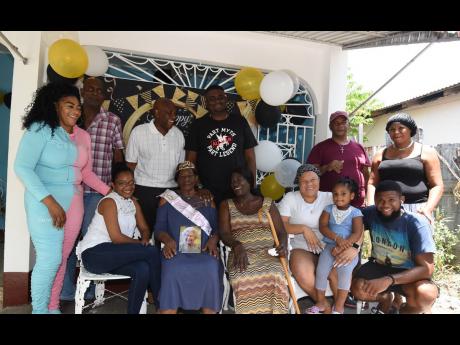 Mercella Pearson (seated, second left) is surrounded by loved ones at her birthday party.
1
2
3
4
5

Many persons don't live to see 100, and Mercella Victoria Pearson is proud to have achieved the milestone.

For the occasion, Pearson's relatives and loved ones gathered at her home in Marlie Acres, Old Harbour, St Catherine, to help her celebrate.

"I was born July 24, 1921, in Airy Castle, St Thomas, so today is my birthday and I feel blessed to be here to celebrate. It feels even better as I got a portrait from the Queen," Pearson said, while looking at the portrait.

The vibrant centenarian explained that she was a good dancer in her younger days, when she tricked her Christian mother to attend dances. Pearson, who declared that she sees and hears well, said she moved to West Street in Old Harbour and worked as a secretary with her brother-in-law, a justice of the peace and businessman.

"After I stop working for my in-law, I started at Jamaica Broilers, where I worked for almost 20 years. I then left for England and worked at McKayne Hospital in Derbyshire. There I worked as a caregiver for the aged until 1992, when I returned to Jamaica," Pearson said.

The celebrant said that she was a 'late bloomer' and got married in her 60s to Harold Pearson. The union bore no children, but her adopted sons, Keith Morgan and Richard Lowther, and their children made up for that.

"It is the Lord's work that keeps me alive. Although I have a little pain I am still thankful, although I don't go to church for about one year now," Pearson said. She told THE STAR that she worships at the Old Harbour Methodist Church. Pearson, the third of eight children born to Nancy Robinson and Simion Robinson, is from a line of long livers.

"Her father's life was cut short at age 95 by a bicycle accident. One of her sisters died at age 91, while another was 93 when she passed. However, it is Aunt Mercella that has achieved the century," Trevor Brown, a nephew, said.

Brown, a former Westminster city council worker in England, described his aunt as a loving and kind person who figured prominently in his upbringing.

"My mother was a dressmaker and my father a mechanic. They both worked in Kingston, therefore 'Aunt Mercy' had to care for me and my sister in Airy Castle, and she did a wonderful job," Brown continued. Meanwhile, grandson Omar Morgan said that Pearson is a lovely person to be around and that everyone was happy to celebrate with her.

"I know that despite everything, I am the favourite, and all who know her will see themselves as her favourite; she is just loving," Morgan said.