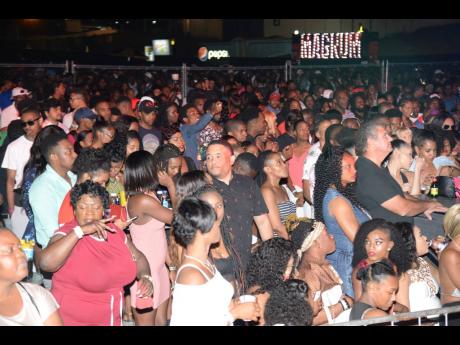 Patrons at New Rules Festival in 2017. 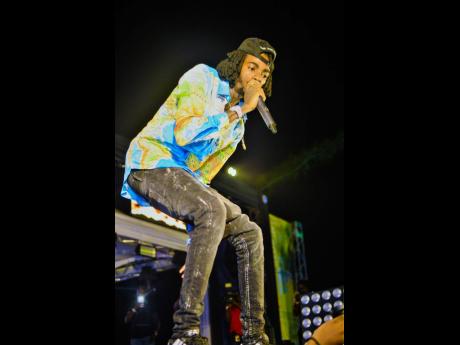 All his accomplishments aside, dancehall hitmaker Alkaline said that the fans keep him going.

As he prepares to host the return of his New Rules Festival to Jamaica, the artiste, who is a man of few words, has expressed gratitude for the support over the years.

"The fans is why I do music. Even after hitting a billion views on YouTube, plus all the other accolades, as an independent artiste, their support means a lot," Alkaline told THE STAR.

Ahead of the festival, a new single titled Static was recorded and released on June 10, and the accompanying video immediately climbed to the number-two trending position on YouTube.

The video currently has more than one million views. The song, which was produced by Troyton Rami Music and Autobamb Records, has managed to garner huge momentum not just in the streets, but on several charts. It has charted in more than 44 countries and was also recently added to Spotify's 'Dancehall Official' playlist.

To this Alkaline said, "It's a blessing to see the music being appreciated." New Rules Festival, which is slated for July 2 at the National Stadium Car Park, marks Alkaline's return to the local circuit. Since its announcement, critics have speculated and even doubted his relevance among many rising acts, to which the artiste has no comment.

He and his team had expressed that despite what critics have said over the span of his musical career, the feedback, especially the ticket sales for the concert, demonstrates that he is still 'champion boy' of dancehall and undoubtedly holds a firm grasp on the music. Tickets are already 70 per cent sold out with limited availability of VIP cabanas. Some of the top acts on the line-up are Elephant Man, Aidonia and Macka Diamond. Alkaline has also invited some of dancehall's fast-rising acts including Jahvillani and Skeng to share the spotlight. Alkaline, who is known as the 'Man Himselff' on social media, will also be performing.

The official launch for the event will take place today at 78 Constant Spring Road and will be hosted by Professor Donna Hope.