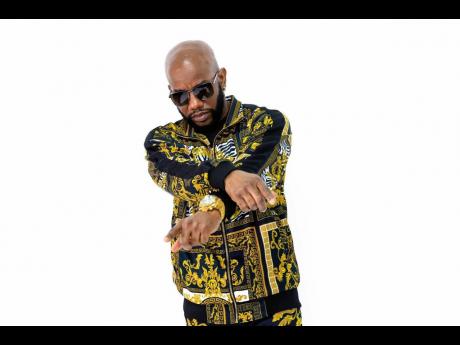 Singer Rugged Boss, formerly known as Mr Glamarus, is in preparation mode for the release of his EP titled 1Boss.

The project, which features production work by Jahlove2u Productions and RaMeD Studios, is set for a summer release. The title track is already creating a buzz within the dancehall space.

"The tracks are amazing. There is a song on the EP for everyone. There are no collaborations. This EP is just to showcase my work and my talent. However, for future projects, there will definitely be some collaborations," Rugged Boss said. He said that the project will highlight his creativity and vocal charisma.

"Fans can expect a good vibe, good energy, good music, songs for the ladies, songs for di genna dem, songs for the skankers dem and reality songs for my people from the ghetto. There's a lot of creativity involved," he said. Rugged Boss gives kudos to the church for honing his talent.

"Music began at a tender age for me, it's inborn! I've been doing music ever since and the interest grew when I attended St Andrew Primary and then later on at Denham Town High School. Most of us grew up in the church so I used to sing in the choir as a youth. It was instrumental in nurturing and developing my vocals," said Rugged Boss.

Originally from Arnett Gardens in South St Andrew, Rugged Boss presently resides in the United States. He tries to blend his love for reggae, dancehall, lovers' rock and rhythm and blues and attempts to make his lyrical content different from other artistes.

During his teenage years he spent time at several recording studios including Anchor Recording, Penthouse Records and Black Scorpio, where he did extensive work.

His debut album Feel It was released by Black Kurrant Productions in 2007. His sophomore album The Man - His Music was released five years later.