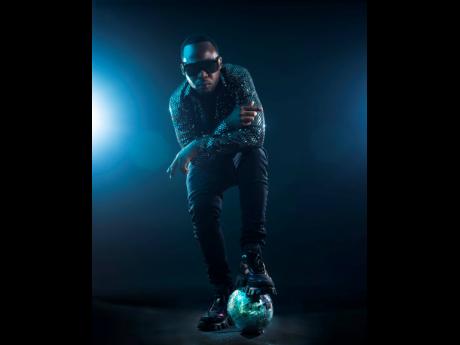 In addition to a management change, dancehall artiste TeeJay has taken on a new image which has seen him sporting a slim physique and a sharp new cut.

He told THE STAR that the compilation, titled Rags to Riches, will be the story of his life and will see him spilling all the beans about his journey in music so far.

"This will be my first album and I am grateful because this project basically ago show TeeJay true talent and show people say we have a next legend in the making. A nuff artiste deh bout 10,20 years and we still nuh get an album from dem so fi a artiste just inna di business fi three years and a drop one that show growth inna di artiste career," he said.

TeeJay said the song for which the album is named was a "life-changing" one for him. "To weh mi a come from inna life, mi never have nothing at all and things did rough but mi just feel like now mi rich in everything. I am rich in love, rich in life, we can provide fi wi self. When people ask what makes this album special, mi can always tell dem say it tell a story of TeeJay journey," he said.

The artiste, who is now being managed by Solid Agency, shared that he is ready to make international leaps and believes this compilation is the first step towards that dream.

"I am doing so good right now that nothing could stop or break my focus. No drama, no controversy, nothing. I don't even want to talk about certain things because all mi wah focus on is growth and the moves I'm making. Now is my time," he said. TeeJay shared that the first single from his album is already making waves. Weed and Money was released last Friday and has already amassed close to 300,000 views on YouTube. It was also listed on the official soundtrack for the movie Kingdom Reign. Sharon Burke of Solid Agency described TeeJay as an extremely hard-working artiste who is committed to his craft.

"That and unquestioned talent is resulting in tremendous career strides. The 'Uptop Boss' is more mature which is evident in his lyrical content which has been diversified to excite and satisfy not only his base but reggae dancehall lovers of all demographics," she said in a statement sent to THE STAR. In addition to the upcoming album, TeeJay has been doing work with Grammy winners Shaggy and Inner Circle. He also has a song with Kodak Black and Skillibeng.