Nello Vibes says ‘Nah Give Up’ 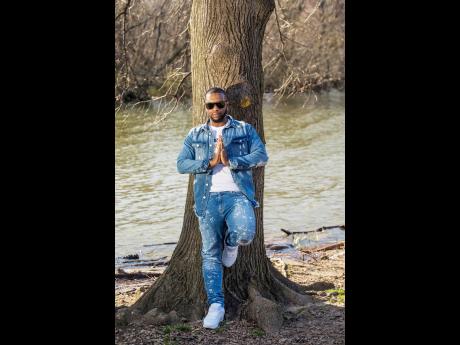 Up-and-coming artiste Nello Vibes says he is excited about his single titled Nah Give Up. The song signals a return to his 'roots' as a 'conscious artiste'.

"I started music in 2015 with couple one-drop tunes, and just conscious-type music. But in 2020, I switched things up and dropped a song called Choke fi di Gyal Dem. Although the switch-up was well received, because that's what made people really take on to me and start knowing me more, the artiste that I am is really more on the positive side of things," he said. "Back in February of this year, I just had this strong urge to go back to my roots. I was just vibing in my car one day and this song was the result."

Nello Vibes said that the song is also a personal testament, and shows how he really feels about being an artiste.

"I have a lot of good music out there, but we know say a money and links run this industry, so if yuh nuh have a team, it can be frustrating and make yuh wah give up. Mi a go chu it," he said. "So the song is kinda like self-affirmation. My song dem motivate me and 'nah give up' is weh me a tell myself. When mi feel like discouraged and frustrated and me listen the song, it empowers me, and mi want people fi feel the same."

The single is produced by New Generation Entertainment in partnership with the artiste's own Nello Vibes Music.

"They say first impressions last and while this is not my first single, it is the first for 2021 and I wanted to make sure things were done properly and professionally. After many sleepless nights and studio sessions with my team, I'm excited and can confidently say I am satisfied with the end result," he said. "People from all walks of life can relate to this (single), because everybody faces some sort of downfall or disappointment and moments (when) them feel like giving up."